Two visual story tellers, individually known as Bruno Smoky and Shalak Attack, started their journey together as Clandestinos Art in 2010.  Together they are dedicated to painting murals around the world by creating colourful narratives that unify both real and imaginary dimensions. Clandestinos manifest their creative expression through highly detailed and rendered compositions that combine landscapes, portraiture, and design elements.

Emerging as visual artists about a decade before they met, they had each developed their own unique artistic voice. Shalak was born and raised in Canada from Chilean immigrant parents, and Smoky was born on the coast and raised in  the megacity Sao Paulo, Brazil. Once they started painting together they found it difficult to stay away from each other, in art and as life partners. With time they began to fuse their artwork to create unified pieces by balancing, adding, learning and growing from each others styles. Very shortly after they had met, they both left the cities they were living in (Montreal and Rio de Janeiro) and moved to Sao Paulo, where they were married and lived until 2013. Their work has since taken its own visual personality when they collaborate as Clandestinos.

There work has been published in books, magazines, newspapers, and have been interviewed in television news and radio, as well as received funding for numerous art projects from federal, provincial and municipal grants.

The Clandestinos are currently based out of Toronto, Canada where they continue to work on their artistic projects locally and internationally. A third member was recently added to their clan; their magical daughter Violeta whom accompanies them on their creative adventures. 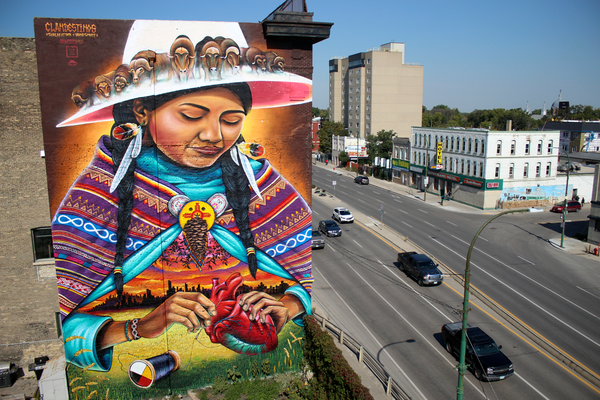